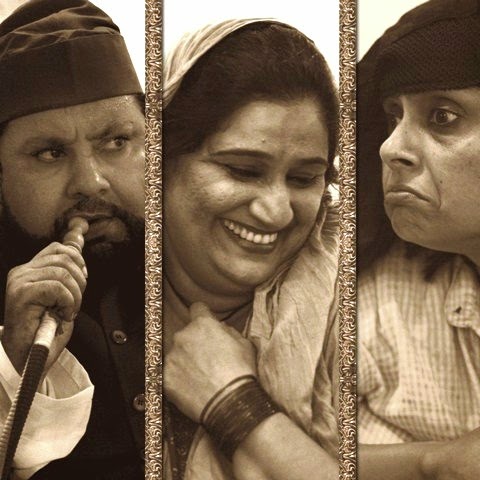 This is the second part of Ismat Aapa Ke Naam and takes the journey forward.  Like the first part, this one, too, is divided into three short monologues. 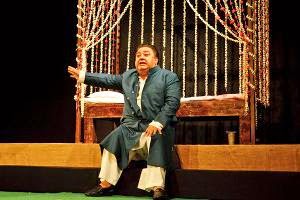 "Amar Bel" discovers beauty's ugly truth. Manoj Pahawa plays the 50 year old Nawab who gets married to a young beautiful girl. Her beauty blossoms him and she soon becomes the reason for his very existence. But then time is beauty's greatest enemy. Unfortunately, here it wasn't the beautiful wife but the husband who fell prey to it. With time, he grew weaker while she became prettier with each passing day. It was like age ripened her beauty even more. People would now mistake her to be the Nawab's daughter, much to his agony. Her beauty, once a source of his pride, now became an eye sore for him. His love turned into regular beatings and curses. He would accuse her of luring young men while she tired every possible way to get rid of  one of the most desired things in the world - "Beauty" in exchange for another most desired - "Love". However, all her efforts were in vain. While the Nawab died a little each passing day , she turned prettier and prettier. It was as if her beauty was a parasite, feeding on the Nawab's life just like an Amarbel, a parasitic vine which feeds off its host and eventually causes it to die.

I love the parallel drawn to Amarbel. It makes you ponder if beauty driven love is like a parasite which would eventually lead to your doom? And is the parasite to be blamed? Because in the whole process,  the parasite's existence eventually becomes dependent on its host. Tragically beautiful isn't it - a parasite and its hosts love story. One dies to keep the other alive, but in the end neither survives.

Vanity, you are a short lived tyrant but a long lived curse. 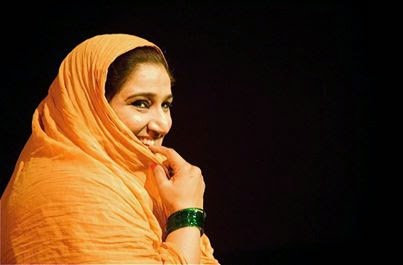 "Do Haath" explores the significance of a poor man's two hands for him. The hands are a source of income for a poor man, hence, his most prized possession. Ram Avtaar , a soldier, marries Gauri but unfortunately, has to leave the very next day to honour his professional commitments. While Ram Avtaar was away, she worked as a sweeper in the village in the place of her mother-in-law. As a new bride, Gauri was submissive and coy.  Intially, she would go to work with a veil so long that people would wonder how she managed to work with it on. However, as time passed and  with Ram Avtaar nowhere in sight, her veil became shorter and shorter. Gauri was dark and fat and conventionally ugly but she swept the menfolk of their feet with her provocative ways. Threatened by the local janitor, the village women summon her mother-in-law. She responded by thrashing Gauri just to appease the women.
Soon arrives Ram Rati, Ram Avtaar's flamboyant cousin from the neighbouring village. Devoid of the pleasures of married life, she finds solace in Ram Rati's arms and she eventually becomes pregnant. The villagers ask Ram Avtaar's mother to send Gauri back to her maternal home for she had committed a sin. But her mother- in -law refuses to do so. She tells them that she has already paid a lot for Gauri and she can't afford to pay for another wife for his son. Meanwhile, Ram Avtaar returns back to the village after two years to find his wife pregnant. Soon she delivers a baby boy. Instead of being livid at her for giving birth to an illegitimate child, he celebrates his birth. After all, his wife give birth to "do haath" which will take care of him in his old age.
For Ram Avtaar, it did not matter whom the child belonged to. All he knew was that he had a secure future now as his son would take care of him during his old age. For him, survival was more important than morality. After all, poverty has no religion and hunger has no morals. 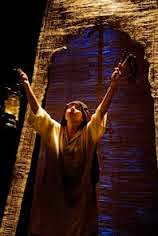 The third story is about "Nanhi ki Nani" . Orphaned at a very young age, Nanhi was survived only by her Nani. Nanhi was a jovial girl and Nani doted on her little grand daughter. However, abject poverty and old age forced Nani to make Nanhi work at a young age. Nanhi was to work at the Bade Sahib's house as the domestic help. Bade Sahib was a rich and reputable man of the locality. Little did Nani know that" Bade" Sahib had a very "small character". One day, when he was alone in the house with Nanhi , he robbed the poor little girl of her childhood and innocence. Nanhi was never the same again. She grew before her time. Her Nani tried to heal her wounds but the women from the neighbourhood would scratch open her fresh wound's every day. They would ask her about the details of that ill-fated day and  question her if she actually liked it. It is here, where Ismat takes a jibe at the concept of Sisterhood and how ironical is it that a woman derives pleasure out of another woman's ordeal. Tormented with constant taunts and being taken as a sexual commodity for no fault of her own, Nanhi runs away to a bigger town. Nani tells everyone that Nanhi died of cholera to save the young girls little left dignity. The poor woman is left alone after Nanhi's departure.
But  the loss of her young children and Nanhi wasn't the only trauma Nani had to deal with. There was more humiliation to come her way. One day, while Nani was sleeping on the terrace, a few monkeys got hold of her pillow and ran away with it. Nani chased them, sometimes besieging and sometimes scaring them into returning her pillow. But the monkeys ripped her open her pillow in front of a huge crowd which had gathered by now. Nani had hidden everything she had ever stolen inside that pillow. Things of little consequence to people from whom they had been stolen. But on seeing their old non-prized possession, people did not leave the opportunity to call her a thief and hurl abuses at her. Nani's health deteriorated day by day after the incident. Eventually, she died alone with her body curled and stiffened. People made repeated attempt to straighten her body for her final burial but in vain. Well, how could they, the society had stiffened her soul so much that no power could undo it now.
The story highlights the hypocrisy of our society and the curse of poverty. The very people who accused Nani of stealing their things, didn't utter a word when the Bade Sahib robbed Nanhi off her childhood. Morality seems to be an albatross only around a poor man's neck.

I like how Nanhi Ki Nani and Do Haath potray two sides of the same coin- morality and poverty. Choosing of  two very contrasting yet similar stories to be staged in the same play is absolutely commendable. The powerful script was backed by an excellent execution.

So coming back to the title of the play - Kambakht Bilkul Aurat. So who is this Kambakht aurat and why is she so. Kambakht is a woman  whose existence doesn't depend on a man's being. A woman confident of her self, sexuality, work, upbringing, education - in short- a woman who makes a man uncomfortable in his own terrain. All I would say is that if you are a woman and Kambakht, congratulations, you are a part of a privileged class. And Ismat Chughtai you are certainly the most Kambhakt of us all.