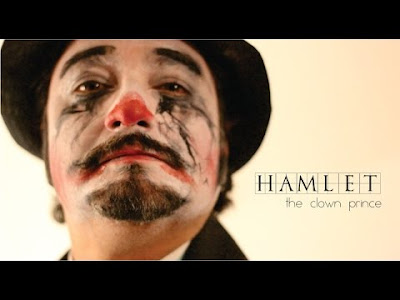 The thought of turning the "tragedy" of Hamlet into the "comedy" of Hamlet seems very ambitious, right? But then theater has always been about pushing boundaries.

'Hamlet- The clown prince' is a comical adaption of  Shakespeare's greatest tragedy - 'Hamlet'.The plot is identical to the original plot.  Hamlet's father is killed by his uncle Claudius surreptitiously. Soon after his father's death, his mother marries Claudius. On one cold winter night, the ghost of Hamlet's father appears and tells him that he was killed by Claudius and that Hamlet must avenge his father's death. And yes, there is the lady love Ophelia, the daughter of Claudius's most trusted aide to complicate matters and relationships even more. In my opinion, the story is an embodiment of subtle and dark humor and that's what this play really dwells on. I think humor in tragedy makes the tragedy all the more tragic. Moreover, it is the complexity of Hamlet's character that makes the play all the more interesting. His choices makes one wonder if it was the love for his father that made him avenge his death? Or was it the love for the throne? Or was it the unnatural love for his mother. Did he order Ophelia to the nunnery to punish her as a consequence of his distrust towards women? Or was he punishing himself for his other crimes by doing so ? 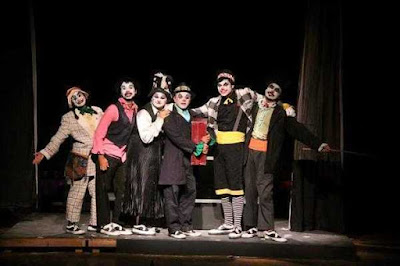 The plot makes me wonder if revenge was the only way through which Hamlet could prove his love and devotion to his father? Is love really that shallow that it seeks someone else's pain to be glorified? Is a murder, no matter how cold-blooded, worthy enough to justify another one? Why are sacrifices celebrated while seeking happiness frowned upon? Why don't stories about forgiveness become literature classics? Why does revenge and betrayal amuse the human mind more? A friend once told me - When animals smell danger they run away from it but when humans smell danger, they walk into it. I guess pain appeases the human mind more than joy and hence, tragedies are celebrated more.

The actors, as expected, are a powerhouse. It is indeed a task to stage this mammoth story in a short span of time and that too in a humorous way. The play succeeds in achieving the former but the latter is what it fails to deliver. The play is in gibberish. And that is great for someone like me who is handicapped at comprehending Victorian English. However, the plays takes its gibberish improvisation a tad too seriously. It became a little too difficult to understand the gibberish words being spoken. I think the play really needs to tone down the proportion of gibberish words.

Mark Twain once said - "Classics are what everyone wants to have read but nobody wants to read". If you want to breeze through one of Shakespeare's greatest classic, give this play a shot. Otherwise, an abridged version of the original work would be a better investment.
Posted by rb at 10:11