Directed by Atul Kumar, Noises off is a play within a play. Executed in the form of comedy of errors, it is probably the most humorous performance I have witnessed. With quite a handful of characters and props and challenge of enacting errors nonchalantly, the execution of the play is nothing short of a herculean task. It is about an egotist director and his mediocre cast on the sets of his new play " Nothing On". The "well-read" director ,Lloyd, does not think highly of his actors and shoots down any suggestion of improvisation by his actors. His script , he believes, is as sacrosanct as the holy Bible. Some of his actors, nevertheless, try to bring their own ideas to get into the depth of the character while the others move around aimlessly.

The play is divided in to three different acts :

Act One : On stage during dress rehearsal 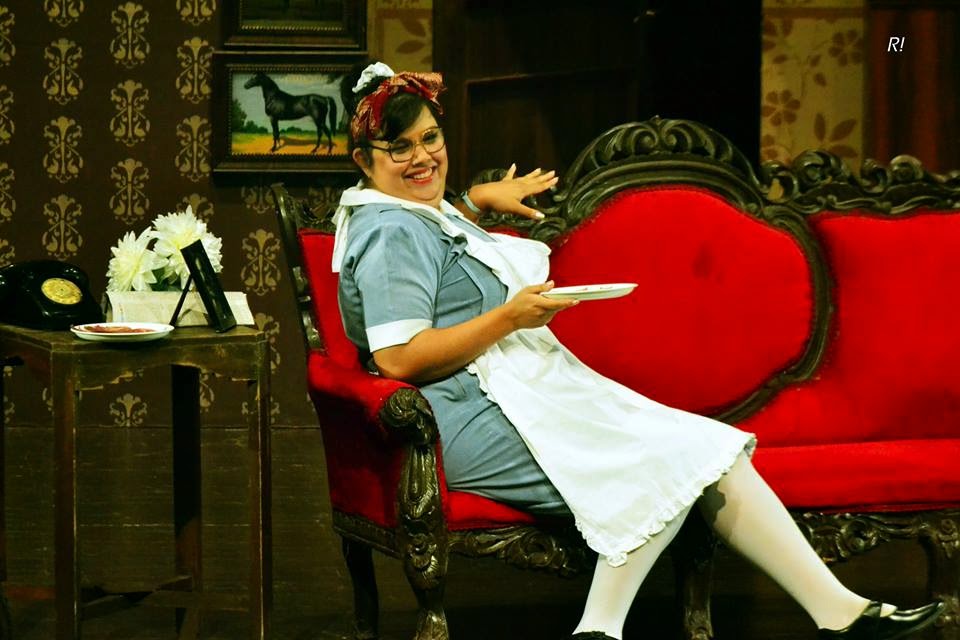 Dotty plays " Mrs Clackett", the care taker of the house. She looks after the house , when not obsessing over her Sardines, in the absence of the owners (who are holidaying in Spain to ward off the tax collectors). Her body language was so English, that from the very onset of the play, you feel like you are in a British household. Next walks in Gary, the house agent with his girl , Brooke. Assuming the house to be empty, the couple walk in for some quick action. Brooke as the dumb hot girl  is a visual delight. Her provocative gestures will keep you glued in. But she does it with elan without crossing the thin line between vulgarity and oomph. Gary, though, is a little dampener and looks a little desi in a Brit household.
Then walks in the owner of the house - Belinda and Freddy on a sly visit to the country. The laugh riot continues with the two set of couples unaware of each others existence in the house but confused over things moving around the house on their own.
Selsdon, the incorrigible drunkard on the set, plays the bugler who never breaks in at the right time. Confusion escalates when walks in the Sheikh, a prospective buyer, and a Freddy look alike.

Amidst the confusion and the characters forgetting their lines a night before the D-day, Llyod isn't the only one breaking a sweat. He is helped by his two back stage managers  - Poppy, who is also in love with him, and Tim , who is extremely over worked and subservient.

Act One : Backstage during a matinee performance 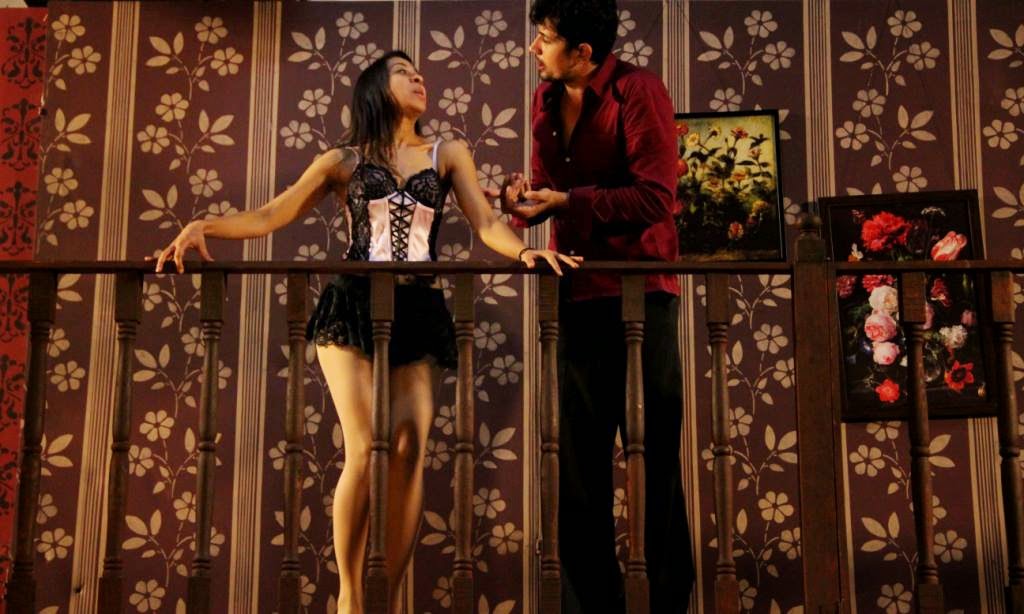 The actors bring their strained and entangled relationships to the backstage of the opening night performance. Miffed with Gary, her lover, Dotty locks herself in a room and refuses to go on stage for the opening act. After much coaxing, she does finally agree. She, then, uses Freedie to make Gary jealous. Gary doesn't take it lying down and tries to get rough with the clueless Freddie. Dotty, on the other hand, continues to get cosy with Freddie much to Belinda's annoyance now. The Dotty-Gary-Freddie-Belinda love quadrangle leads to insanely comic moments. Meanwhile, the Lloyd-Brooke- Poopy love triangle is materializing at the other end of the room.
The actors barring a few minor hiccups and skipping of some thirty odd pages from the script do manage to finally take a bow. And blows.

Act Three : On Stage during a delightfully ruined performance 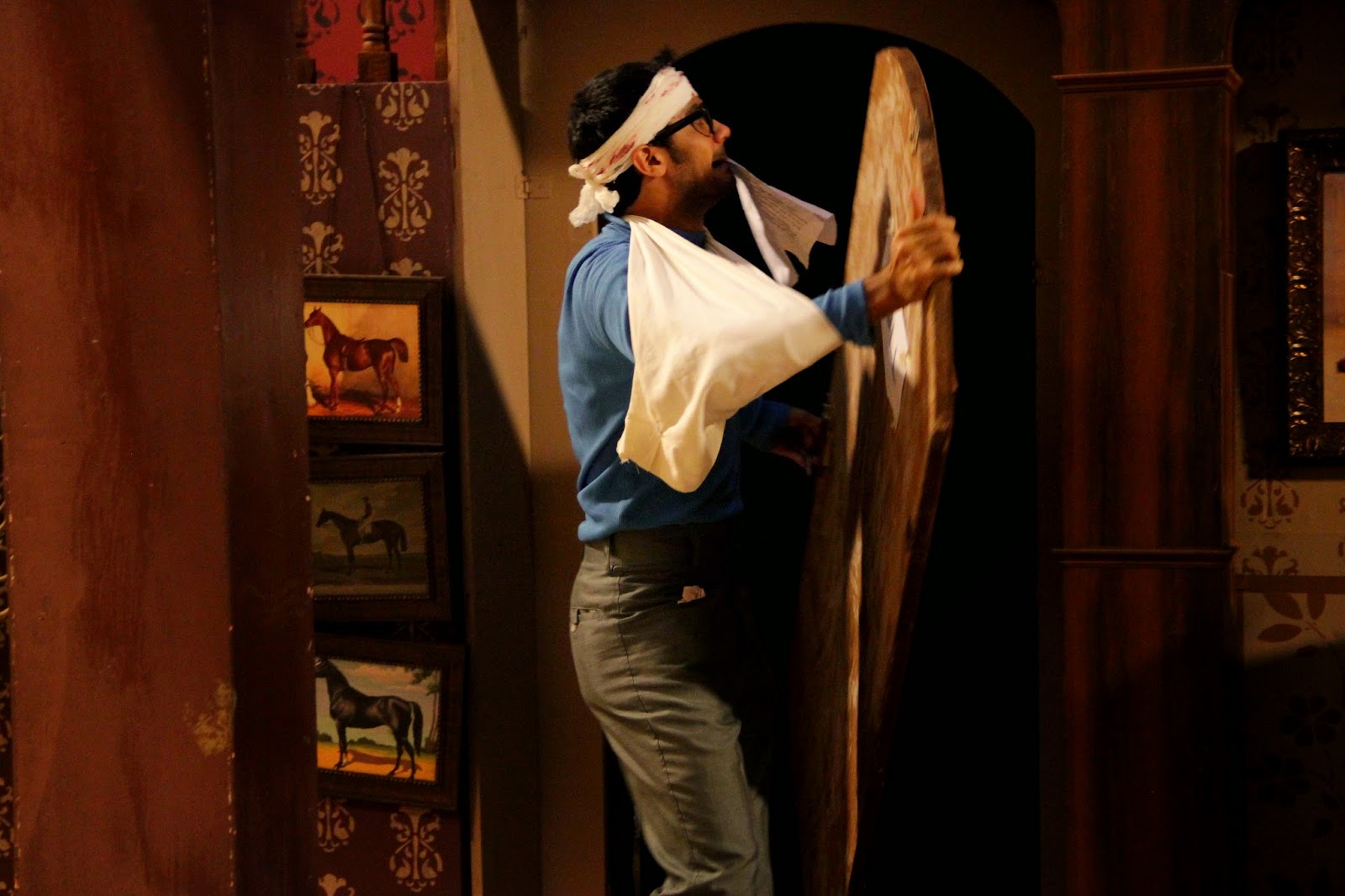 The backstage furor spills onstage. Wounded and wrapped in bandages after last night's backstage performances, the actors just can't get it right. They start fumbling and forgetting their entries and exists. Poor Tim even has to stand in for a few actors, on stage! The play finally ends , albeit a comical catastrophe.

This is probably one of the toughest scripts to just be executed. But the brilliant performances by all the actors made it look like a cakewalk. Another thing I really liked about the play was the way the props and the set was used. Usually, props are considered of secondary importance and it is usually the script which is stressed upon more. However, in this play, the set played an extremely pivotal role and was used beautifully. I, especially, liked how the sets were actually reversed for the second act to potray the backstage arena. 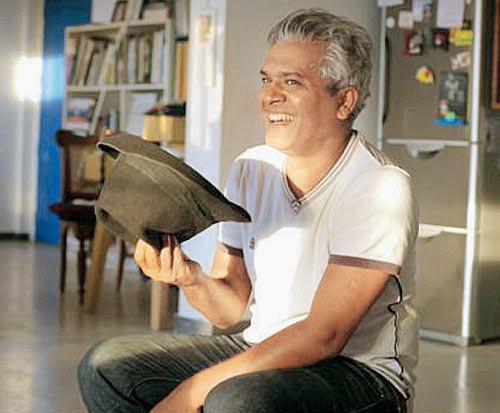