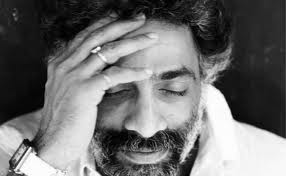 Fed up with the idiosyncrasies religion brings along with it, Joshi, a successful writer, decides to denounce his faith. He decides to replace God with  his long forgotten childhood fairies. However, he finds it is a daunting task to give up something that is is so deep rooted in our society. By denouncing your faith you just don't sin against god, you sin against the entire society is what he finds out.He finds resistance from everyone he encounters on his journey to "nirvana", from the local cop "Satpute" who refuses to let him throw his idols in the sea, to his wife who gives a heavy donation in the name of god just to pick a bone with him. In the midst of all this, there is a love story thrown in between the two "God fearing" cops. Then there is Satpute's sister, a blind girl who falls in love with Joshi through his writings and shares his belief. The melange finally ends with Joshi finding his fairy in Satpute's sister "Pari". Sigh!. The play did nothing for me. The script seemed jumbled and lacked focus. It began on a high and lost course somewhere in the middle. There were too many parallel stories which instead of helping paint the bigger picture led the audience astray. Just how, the telepathic conversations between Pari and Joshi alluded to the central theme is still a mystery to me. A woman who falls in love with a writer through his writings and a writer who finds his long forgotten fairies in her just because she is named "Pari"neeta was too mainstream for me to digest.The randomness and digression from the central idea of the play was, in fact, quite a task to bear with. Sadly, the love story between the two constables is the only highlight of the play. Nivedita Bhattacharya as the female constable tickles your funny bone and leaves you wanting for more in an, otherwise, dry play. Makrand Deshpande as Joshi, the writer, delivers well.


The theme of the play held a lot of potential. To bring to light the present state of our society where the shackles of religion have impaired our capacity to think and the reluctance to challenge the established truth was indeed commendable. Turning back to fairies, to me, symbolized going back to one's childhood, an age when inquisitiveness was a state of mind, where every answer was pondered over and challenged. Each one of us has a little of our religious culture ingrained in our day to day routine, from a particular colour to be worn on a specific day to eating habits to humming of a particular chant. But we never seem to question these "sacrosanct" rituals. We just believe whatever the scholars of the faith interpret and feed into our brains. And we all are a witness of what this blind and mind numbing  faith has led us to - absolute chaos. A society where religious fanaticism supersedes humanity.


The play took up a really interesting subject but just kept beating around the bush. It is actually disappointing to see such a great idea being wasted like this. Just a humble request Mr Deshpande, next time you play a similar "joke" kindly attach a statutory warning.