Kharaashein - The scars from riots

Kharaashein is about the emotional scars that communal riots leave behind , those that time can never heal. 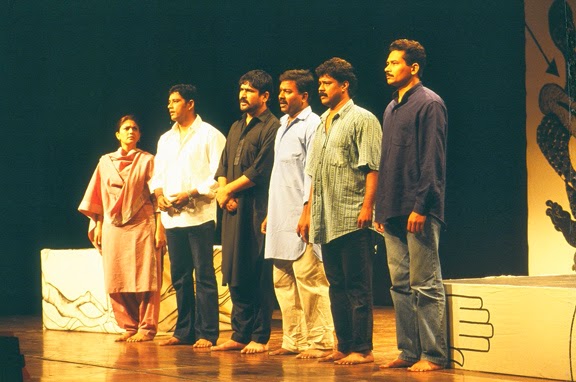 Fear is a double edged sword. Fear can foster new relationships amidst animosity and at the same time sow the seeds of suspicion and rupture a healthy relationship. These two very contrasting stories exemplify this fact.
"Khuda Hafiz" is about two men stuck in a riot torn city who stumble upon each other while hiding from the fanatics running amock in the city . Apprehensive and scared about each other's religious identity, eventually they both find find solace and comfort in each other's religious anonymity. While the rest of the city draws strength on the grounds of communal homogeneity, the thread of fear binds these two riot struck men. 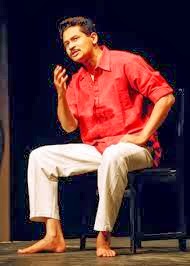 "Khauff", narrated by Atul Kulkarni, is a story  of two riot torn men aboard a local train compartment. Both the victims of the same devil. One of the men boards the train to go back home and hides in one corner of the empty compartment waiting for his station to arrive. His momentary peace is broken when a stranger boards a train and begins to close all the doors. Suspicious and unsure of the person's motive in a hostile atmosphere of communal riots, the man begins to tremble. Gathering strength out of his fears, he realizes his only chance of survival is by killing that man. In battle for survival, he manages to overpower this religiously anonymous man and flings him out of the train, only to hear a scream . " Yah allah" the words that shook him because he had killed a brethren and not because he had killed another man. That day something inside him did, eventually, die. 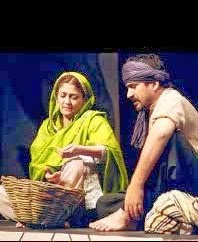 The play is a beautiful collection of poignant stories like"Raavi Paar" which takes you back to the era of partition. A Hindu couple, with newly born twins, are forced to move from Pakistan to India.One of the twins succumbs to harsh weather and lack of food. However, the mother refuses to come out of her state of denial and continues to feed both her children from her bosom. When the train passes over river Raavi, the father, with a heavy heart, decides to give his dead child to the holy river in a symbolic makeshift religious burial. He hears a baby cry along with the splashing of water. In the pitch darkness of night, he had accidentally thrown his alive child into the river while the mother still held on to the cold dead body of their other child. This story enacted by Lubna Salim and Yashpal Sharma sends a chill down your spine. The loss of a child and the guilt of killing  the other one is a sorrow which happiness of seven lives cannot negate. 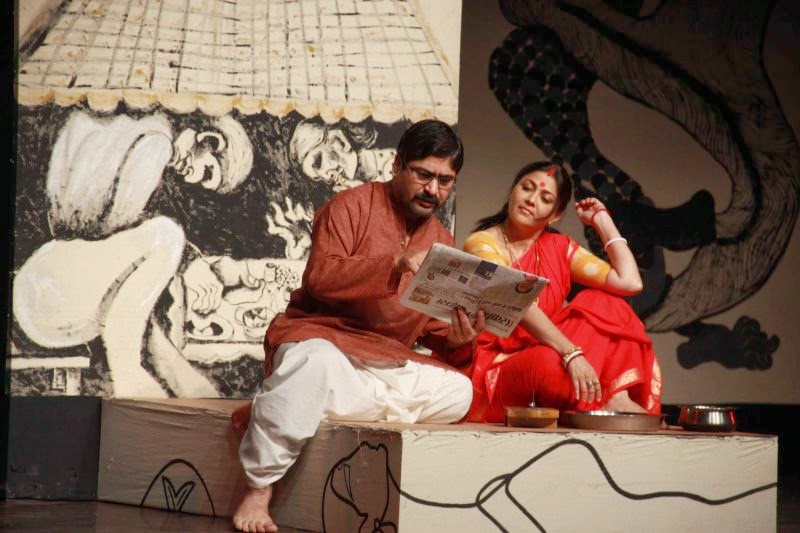 Then you are taken to the home of a Bengali couple, played by Lubna Salim and Yashpal Sharma in the story named "Hilsa" amidst their morning banter. The couple are shown discussing every details of their soon to be scrumptious meal- Hilsa. The wife casually talks about the fish  being so beautiful, without an iota of sympathy, when she finds eggs while cutting her open while her husband admires the dead fish's big beautiful eyes.  Amidst all this, arrives the Sunday newspaper with the news of a rape in the city. The inconsiderate newspaper also carried the photo of the rape victim. The couple discuss about the appalling state of the society and sympathize with the victim when suddenly the husband casually remarks how her eyes remind him of those of the the dead Hilsa. It is then when it strikes them that they have been on the other end of the spectrum when it came to that fish. The story is a subtle reminder of the dual standards we all adhere to in our day to day life. How we cry for justice when we belong to the meeker set while blindly abuse those very powers when bestowed upon us.

The play is an amalgamation of a strong script, heart wrenching dialogues, powerful acting and beautiful analogies. It jilts your conscious and has a strong after effect.

I would like to end this with one of my favourite lines from the play. I can't recall the exact lines but the gist of it goes like:
"Every time I feel cold in this alien city, I cover myself with the warm blanket of love you sent me with"